Player of the Game Helmets

We were approached by a junior hockey team to create TWO “Player of the Game” Personalized Hard Hats.  These hard hats would be handed out to the players who demonstrated the team’s KEY STRATEGY of “Speed”, ”Skill” and “Will”.

We activated our Creative Services Department to create a cool yet subtle design with the logo located on the front of the hard hat and “Player of the Game” in large text over the entire hard hat.  The graphics were reqired to be attractive yet understated so that the players would want to wear this helmet when it was awarded to them.

The hard hats were a huge hit.  They are now a staple for this team and are continually used, year after year. 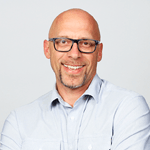