Paid and Organic Social Advertising for an Event

The Alberta Native Friendship Center Association (ANFCA) wanted to communicate about an upcoming event to more than just their current members, utilizing their social media platforms. Their target audience had to have a focus on individuals that currently reside in the province of Alberta, but as this year’s event was virtual, they were able to tap into all Canadians aged 13-29. The purpose of this campaign was to build awareness and increase participants at the event.

We chose to utilize Facebook and Instagram as the primary platforms for paid advertising. Additionally, we created bi-weekly organic postings on their page. To successfully market an event to not only your current audience, but potential future followers is to have a combined approach with organic and paid social media marketing. Ads on Facebook can also be shared extremely easily by its users, which also increases impressions beyond the allotted budget.

For the creatives, we chose to create a video highlighting the details of the event with scroll-stopping and engaging music. To have consistency amongst the organic and paid media, we used similar colours, and fonts, and included a mountain/outdoors theme.

This ad was successful. We had 376 link clicks to the ticket portal in just under two weeks which was a great success for the client. The returning data also showed that the majority of the target audience reached was 18-34 years old. As this was the second time we created social media marketing for this conference, the data from the previous campaign was used as a success benchmark. Additionally, there was great feedback on the presentation of the organic posts. 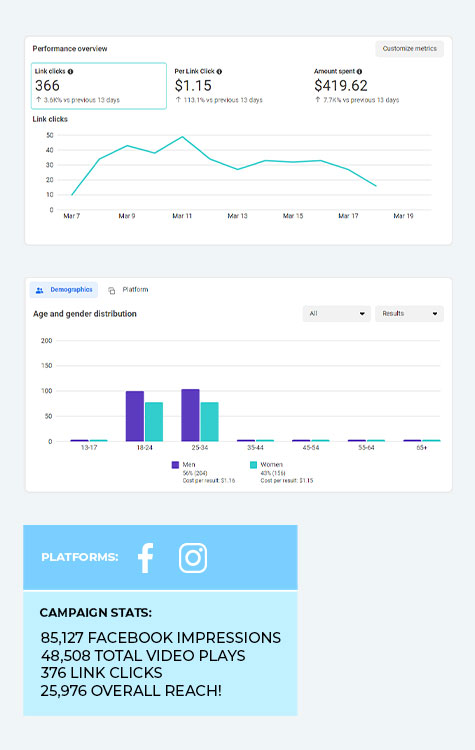 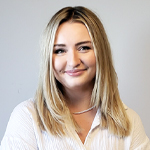 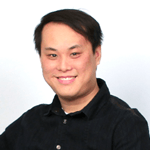