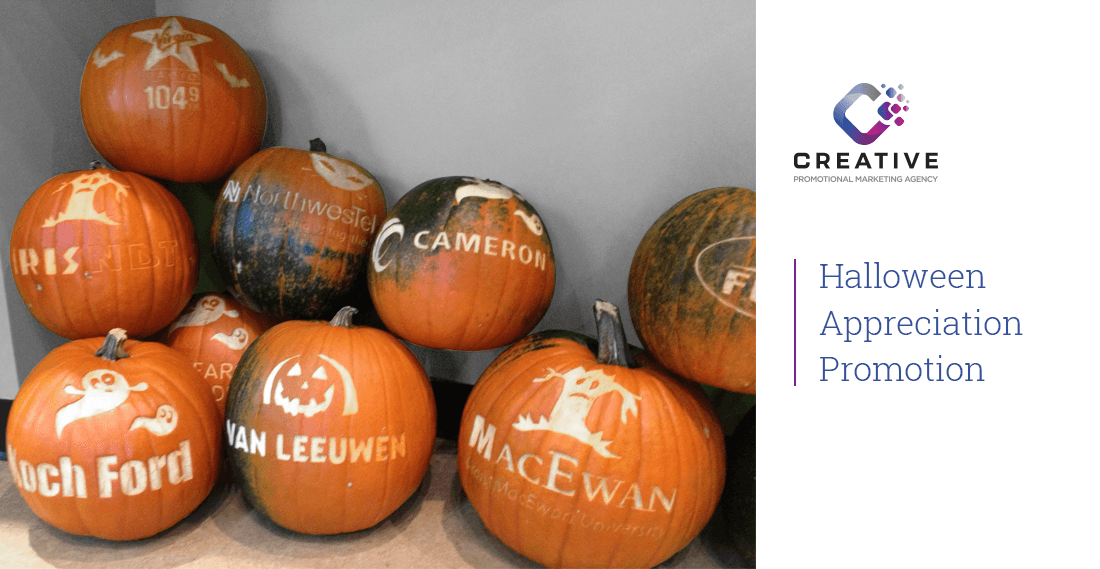 The objective of this promotion was to provide an inexpensive appreciate for a volume of business provided. Additionally, this promotion was required to be launched during a period where advertising was less competitive and ensure that there was a greater ROI.

We determined that the least competitive time of year to communicate to customers is actually Halloween. We selected a product that could be displayed at each of the clients head offices for all customers and employees who go to that establishment to see. The product selected for this promotion were pumpkins with the client’s logo emblazoned on them as well as thank you card attached. These were NOT jack-o –lanterns which have a shorter shelf life because of the insides being exposed to air but were instead exterior laser engraved pumpkins. Each client logoed pumpkin was dropped off at each customers head office and to be displayed in the front foyer. This strategy was used to create a memorable campaign that had a 3-4 week shelf-life and was appreciated by a large audience. This process allowed the pumpkins to be displayed for over 4 weeks and in fact, one company had it for over 2 months before it spoiled.

This promotion included not only a unique promotional product but also a marketing strategy. It was a great example of a successful campaign that included promotional marketing which garnered a 33% jump in business related to sales during the same month from previous years.