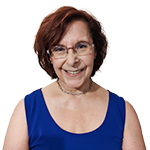 The Color of 2023 is Pantone’s Viva Magenta

Imagine a color that embraces your inner boldness and fearlessness. That is what Pantone’s 2023 Color of the Year Viva Magenta (PANTONE 18-1750) embodies.

According to Leatrice Eiseman, executive director of the Pantone Color Institute, this striking blend of red and pink, sprinkled with blue and purple undertones, is a testament to the spirit of a digital world emerging from the cocoon of the COVID-19 pandemic.

The History of Magenta

In the color wheels of life, magenta is located midway between red and blue. The name comes from an aniline dye that was made and patented by French chemist François-Emmanuel Verguin in 1859. Originally called fuchsine, Vergin renamed the color in honor of the Italian French victory at the Battle of Magenta (June 4, 1959) between the French and Austrians near Magenta in Lombardy, Italy. In 1860, British chemists, Chambers Nicolson and George Maule created a similar color called roseine.

A fun and interesting aspect of the magenta color is that its hue isn’t associated with monochromatic visible light. Instead, it is the perception of spectral power distributions

Tones of magenta were tested and reconstructed over time. Enter 2023 and PANTONE 18-1750. 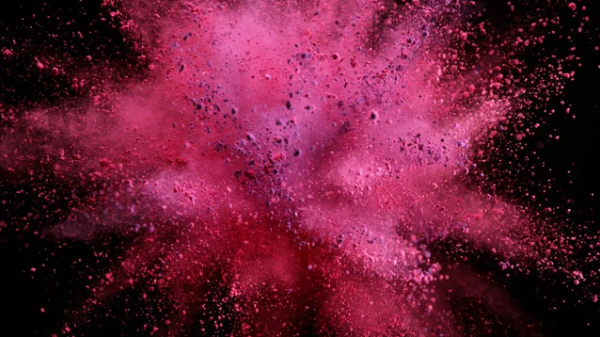 Pantone’s Viva Magenta was inspired by the red of cochineal, a precious natural dye that is known as one of the more vivid and dynamic colors of the world. It’s daring rich pink and deep red component of tourmaline, spinel, sapphire, and garnet gives way to bright raspberry hues that connect us to nature.

As a new year beckons, the collective world has a renewed sense of optimism, a positive outlook for change, and people are ready to write a new chapter for themselves. This expressive crimson red tone of Viva Magenta reflects this spirit of inner confidence and enthusiasm.

Original, creative, independent, unique, and free spirited – these are the traits of a magenta personality. The red components describe people who maintain balance with the physical realm, and the blue incorporates those who are intuitive.

Magenta people often seek creative pursuits or professions. They are true to their ideals and passions and don’t allow others to distract them from their goals. 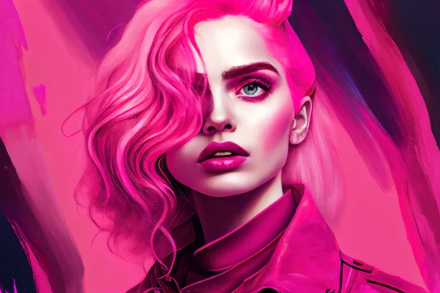 Each year, Pantone reveals a highly anticipated new color that is specially chosen to represent the world as it stands and where it is headed. Its announcement is a symbol for cutting-edge transformation that embraces the planet.

With the fashion industry and the media on high-alert, Pantone’s Color of the Year has a major impact on trends, art, products, advertising, and marketing campaigns. The company has also added the Magentaverse, which is a series of complementary colors that add substance to the palette. 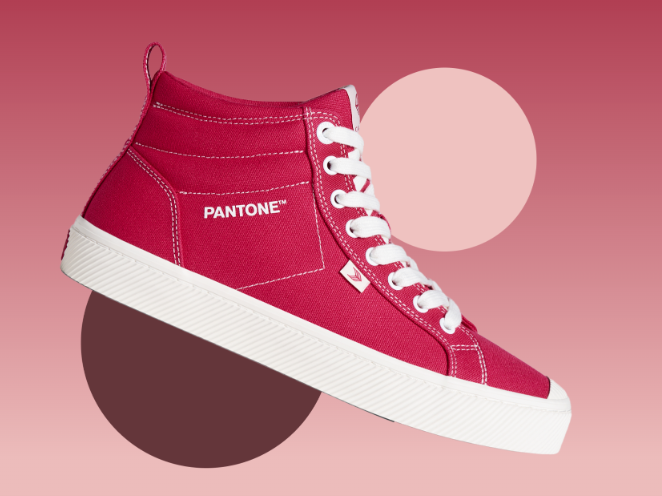 Brands do not own color; however, color can signify a brand. Magenta has many high-profile examples. It can portray femininity, as in the Barbie logo or inspire comfort as in LG electronic products. Magenta is T-Mobile, Cosmopolitan, and Lyft. It can speak for those who want to break traditional norms, the caring creatives, the quirky, and the rebellious.

Stepping into color can also elevate your brand. Themes, events, hashtags, products, private labels, the list is endless of how color can both identify a main brand or be used to separate a specific campaign.

Pantone has chosen to sheathe today’s cultural climate with this passionate ruby-red hue. Viva Magenta reminds us to look to nature to stay balanced as we submerge ourselves in the virtual universe.

This energetic and adventurous animated red promotes passion and celebration of new narratives as we embark into 2023.

Need help with outstanding GRAPHIC DESIGN or clever BRANDING? Click the button below!

Ready to get started with graphic design & branding?

DEBBIE ELICKSEN | Debbie can paint a story and create a narrative that resonates. She knows how to enhance and project a story in a way that is favorable to the public. She has an eye for the project at hand and can create a story out of nothing. Her years of experience as a publicist, writer, speaker, and journalist has produced hundreds of advertising features, blogs, editorial features, and books. She has had the rare experience of being on both sides of the media and understands how get the best bang out of a story. Email Debbie at debbie@acreativeagency.ca.